A member of the woodwind family, double reed instruments stand apart from the other woodwinds in that rather than a single reed made up of one piece of cane vibrating against a mouthpiece as we see in the saxophone or clarinet, the double reed instruments including bassoons ,oboes and English horns produce their sound by having two pieces of cane vibrating against each other instead of against a mouthpiece. This produces a much more subdued tonality.  The double reed family includes a wide range of instruments but perhaps none are as best known as the oboe, bassoon and English horn.

Although the oboe made its orchestral debut in France during the mid 17th century, the instrument had many earlier forms that dated back over several centuries in Africa and the Middle East. As adjustments were made to these early instruments to produce a wider range and greater pitch control the oboe was developed with the first oboe appearing in France in 1657 where it was used to entertain the French Court. The oboe quickly gained popularity and spread throughout Europe where it also found use in early military bands until it was succeeded by the clarinet.  As music evolved, the oboe evolved with it. From the original boxwood body with several holes and two or three keys the oboe gained a much narrower bore constructed typically of granadilla wood or a high quality resin or plastic and more keys which gave the instrument a much wider range. When compared to the other woodwind instruments, the oboe has a clear and penetrating tone. Due to this as well as its conical induced timbre, the oboe is readily audible over the other instruments in large ensembles.

The development of the oboe in 1650 inevitably led to the development of other similar instruments and one in particular is the English Horn which despite its name was not developed in England but rather in the Silesia region of eastern Germany in 1720. Because the new instrument resembled the instrument seen in Middle Age religious artwork as being played by angels,  it was given the name engellische horn or angelic horn. The word engellische at the time also meant English and as the instrument spread throughout Europe the name English horn came into existence. The English horn was often used in Baroque music, but was not used very much from the time of Haydn to Wagner. In the works of Berlioz and Meyerbeer the English horn received attention. Starting from the middle of the nineteenth century on, the English horn has had a more prominent position within orchestral music. Outside of the classical world, the English horn has also been used by a number of musicians in jazz pieces as well as in pop music.

The lowest and largest of the woodwinds, the bassoon has a history that very closely mirrors that of the oboe. The instrument first appeared around 1650 in central Europe and through a series of adjustments and experimentations to improve tonality and fingering as well as produce a wider range the bassoon went through a number of alterations. No other instrument crafters focused as much on the bassoon as did the Heckel family of Germany which succeeded in improving the fingering of the bassoon while not worsening the tone of the instrument as had been done with others.  Apart from these changes, the bassoon has remained relatively untouched across three centuries. The modern bassoon is constructed typically of maple or a high-quality plastic and consists of six main pieces including the reed. Historically, bassoons have been used to reinforce the bass line however during the peak of its popularity in the late 17th century the bassoon began making its way into the standard instrumentation. With the advent of the great composers including Haydn and Mozart, the latter of which implemented a bassoon solo as part of his famous Jupiter Symphony, the bassoon came into its own as a solo instrument.  From its classical beginnings to today, the bassoon has been used in all music genres from classical to jazz and rock and roll. 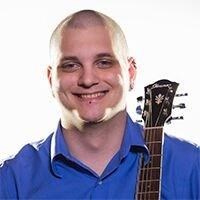 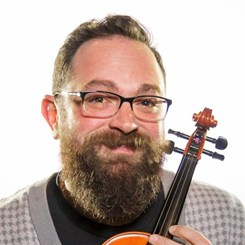 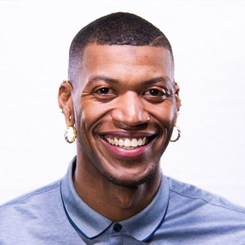